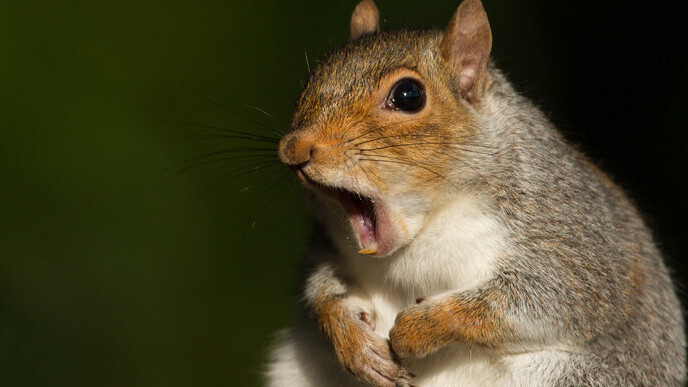 One of my most vivid memories of childhood is of my father - normally the most gentle and peaceable of men - going red in the face, shouting and banging on the window. This wasn't because my Mum had chucked him out and changed the locks. It was because, once again, a squirrel was raiding the bird feeder in the back garden.

So, if the motion is 'This house would ban cars from Central London', a squirreller might choose to define 'Central London' simply as Oxford Street (the main shopping street). If the motion is 'This house believes Britain is a racist society', a squirreller might choose to define 'a racist society' as one where neither the head of state nor the head of government is black. In the first case, they set up a mechanism which has so little impact that it can barely be criticised (hardly anyone would notice if cars were banned from Oxford Street). In the second, they set the bar for the counter-measure from the opposition impossibly high (a huge number of people would have to die before we got a black monarch; getting a black Prime Minister is more plausible, but is not going to happen before the end of the debate).

Squirrelling is, like stealing the bird feed from the birds, a sneaky, rather petty thing to do. It gives the proposition an unfair advantage. It is not strictly against the rules of debating, but it is not well regarded either. It gives the impression that you're not good enough to win the debate on fair and equal terms. I would not let my teams do it as a coach, and it would not impress me as a judge.

You have to accept the proposition's definition of the motion, no matter how absurd; that's one of the fundamental principles of debating (see defining the motion). So, tackle the definition full on, on its own terms. If they call for banning cars from Oxford Street, talk about the congestion this would cause in the surrounding area. If they say not having a black Queen makes Britain racist, talk about Meghan Markle. The judge will respect you for having the courage not to flinch from the challenge presented by the distinctly uncourageous act of squirrelling.

On to our second pesky animal. Quite why the peaceful, hard working badger has been associated with the habit of aggressive questioning, I don't know. Still, to 'badger' someone is part of the English language, and also of the language of debating. Badgering happens when one side makes points of information over and over again and / or in an aggressive tone. Some particularly ruthless teams will seek out whoever they perceive to be the weakest speaker on the other side and deliberately target them for badgering. Like squirrelling, it isn't strictly against the rules, but, like squirrelling, it doesn't go down well with judges and it certainly isn't something I would let my debaters do. Points of information work best on a 'quality, not quantity' basis.

What should you do if you're badgered?

Don't let them get to you. Keep going with your speech. Don't forget you are in control and they can only speak when you let them. Accept one or two points of information, but no more. The judge will respect you for keeping calm under pressure.

Good debaters don't need to squirrel or badger. The quality of their arguments speaks for itself. Make yourself that sort of debater.

By the way, I still haven't worked out how to stop the squirrels attacking the bird feeder. Any suggestions welcome.