Why do people commit crimes? 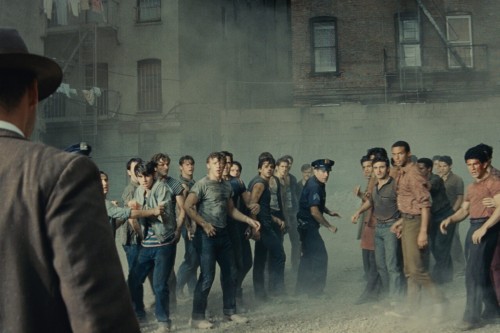 One of the cinematic events of 2021 was the release of Steven Spielberg's remake of Leonard Bernstein's classic musical West Side Story. For me, the standout number in the show is 'Gee, Officer Krupke', in which a group of teenage gang members try to persuade their arresting officer that they are not responsible for any crimes they may have committed. The moral philosophical basis of their case is neatly encapsulated in the line:

which sums up with great clarity one side of the debate that arises from the question:

Why do people commit crimes?

Essentially, the question is:

Do people commit crimes because of circumstances beyond their control, such as upbringing, economic status, social status, the structures of society, the attitude of people around them? (Depraved because deprived.)

Do people commit crimes because of a failing in their own character and / or choices, over which they have full control? (Deprived because depraved.)

Let's look at those two perspectives in more detail.

People are essentially good, until something stops them being good. These things might be:

At the most extreme level, it is wrong to condemn a starving person for stealing a loaf of bread to keep themselves or those dependent on them alive. Cue another musical reference: in 'Look Down', the opening number of Les Miserables, Jean Valjean reveals he is in prison because:

Even when a person or their family is not close to death, they might still be led into crime because of the way society has treated them. Would you want to be hardworking and honest if you and everyone around you had no prospect of anything better than poverty, hatred and contempt? Locking criminals up in prison with many more people from similar backgrounds (prison populations are overwhelmingly composed of people from the lowest socio-economic backgrounds, many with mental health issues) is unlikely to make them into better people. It costs more to keep a man in prison for a year than it does to send a boy to Eton College, and the future prospects of ex-prisoners tend to be a lot worse than those of Old Etonians. As Douglas Hurd (himself an Old Etonian) said, while Conservative Home Secretary, 'prison is an expensive way of making bad people worse.'

The answer then is first to engage with people who have committed crimes more positively, trying to understand what led them into crime, offering them assistance and training to turn their lives around, making them feel society is on their side and wants them to be better people. Some kind of community service, doing something useful with their time which may teach them new skills, will be far more constructive than locking them in a cell 23 hours a day; prison should be reserved only for those people who present a genuine threat to public safety. At the same time, we should work to change the social conditions which drive people into crime.

People can be good or bad; it is within their control to choose which path they take. To blame society, upbringing, discrimination etc. for bad behaviour is to take away from human dignity by assuming that people have no responsibility for who they are or how they live. A former student of mine grew up on a council estate in South London with a single mother. With the encouragement of his mother, he got a bursary to pay the fees at a private school. He went on to university and now has a successful career in finance. He once told me that many of the people he grew up with were now in prison. He wasn't, because he and his mother made different choices; they and their parents could have made those choices too.

When people commit crimes, they need to be punished to show them, and the rest of society, that what they did was wrong. If it costs a lot, that is money well spent. If people face no consequences for bad behaviour, they will simply behave worse, to their detriment and that of those around them. Once we accept the notion that criminals must find someone or something else (poverty, racism, society) to blame for their actions, we undermine the moral basis of society. As another Conservative Home Secretary, Michael Howard, put it: 'If you don't want to do the time, don't do the crime.' Or as Inspector Javert responds to Jean Valjean in Les Miserables:


These two positions were brought together in a neat piece of triangulation (finding a middle way between two apparently opposite positions) by Tony Blair when, as Shadow Home Secretary, he promised a future Labour government would be 'Tough on crime; tough on the causes of crime.' 'Tough on crime' = deprived because depraved; 'tough on the causes of crime' = depraved because deprived.


Motions that go with this topic