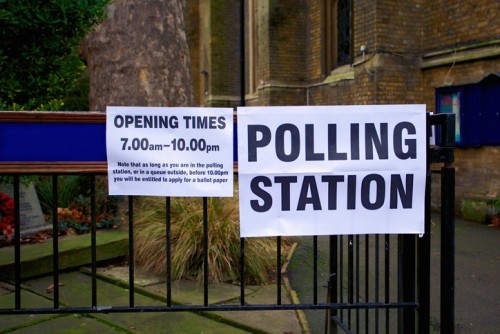 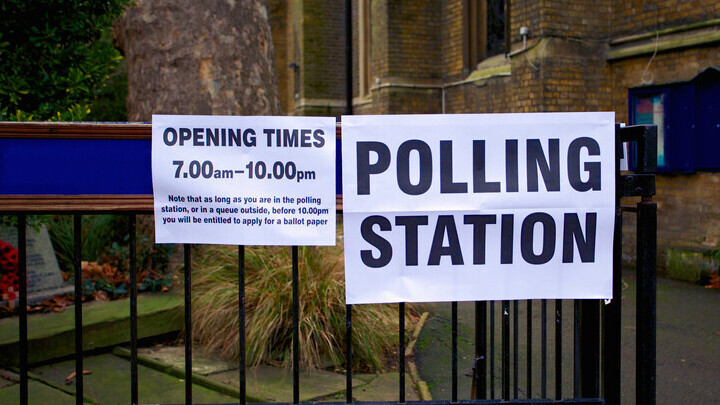 How should you answer that question? Even if you're not yet of voting age, it is worth thinking about, as one day you will be.

There are actually many different ways of answering the question - and I'm not talking here about the different parties and candidates on offer. I'm talking about different reasons for making your choice. You can debate which is the most important reason (and at the end of this post there are debate motions to help you make that choice).

So, who should you vote for? Here are some different ways of making up your mind.

1. Vote for the person

This is, technically, what everyone does under the UK system. When you get your poll card you will see it refers to 'Election of a Member of Parliament for the [name] constituency.' You are voting for a person to represent where you live in Parliament. This is actually how Parliament started out, back in the eighteenth century, as a group of individuals (albeit all male, and all of a certain class); it was only later that they started to group into parties.

Nowadays, most candidates represent one party or another, and the name of this party will be printed on the ballot paper. However, some still stand as individuals, sometimes protesting about a particular local issue (for example a hospital closure), or in rebellion against their party if they have been expelled from it / have resigned from it (for example the Conservatives who were expelled from the party by Boris Johnson for voting against his Brexit legislation).

This election of an individual is often held up as one of the advantages of the single member constituency system that operates in the UK. There is one identifiable person who represents your interests. A disadvantage, though, is that a lot of people (in some constituencies most people) will not have voted for that person.

It is certainly the case that the personal merits or otherwise of an MP or candidate can, and perhaps should, be a factor. Some people will vote for a candidate whose party they dislike because she / he is 'a good MP'. An MP who takes a genuine interest in their constituency and lobbies on its behalf to the people in power can be a real boon; one who is lazy or corrupt leaves the area unprotected. Good MPs also do a lot of unnoticed, unsung work under the radar for individuals in need. The character of the person who would represent you in Parliament is an important consideration.

2. Vote for the leader

This is more common, and how elections are mostly framed; who do you want to be the next Prime Minister?

None the less, the character and qualifications of the leaders of the parties most likely to form the government is important. That person will be making decisions which will determine our future, so it is worth looking at them, their integrity, their skill at making decisions, their strengths and weaknesses as a leader.

3. Vote for the party

These days it is all much more fluid, and people are more likely to see political parties as being like supermarkets or broadband providers; they are happy to shop around for the best deal, switching between the different options freely.

That said, there is still a strong sense of identity around being the kind of person who votes Labour, Conservative, Liberal Democrat etc. You may feel (and feeling is more important than is usually acknowledged in politics) that you are that kind of person, that this is your tribe and you want to identify with it.

There is another factor. The quality of the government that is formed after an election will be determined as much by the quality of the party that forms it as by its leader. Parties have characters as much as leaders, and these are worth considering.

4. Vote for the policies

This is the conscientious option. If you are a really dedicated citizen, you will trawl meticulously through the manifestos, the publications which say what a party would do if it was returned to power, weighing up the pros and cons of this policy against that policy. If you have less time (or inclination) you can look at a summary like this one from the BBC, or use an app which asks you questions and then matches you to the party closest to your views like this one.

It seems the most rational approach. After all, politicians are elected to govern, and governing means doing things - so what would they actually do? And which is / are the best thing(s) to do?

There are complications, though. No government fulfils 100% of its manifesto. The proposed actions may prove impractical; events may interfere; the government may change its mind; it may decide a particular policy is not a priority. A manifesto is not a legally enforceable document like a contract in a business deal. So then questions of character, about the leader or the candidate or the party, come back into play.

In theory, you vote for the party you want to win. But the electoral system in the UK, whereby we vote in constituencies to elect an MP, makes it more complicated. If you live in a strongly Conservative constituency and support Labour, there is almost no chance of a Labour candidate being elected; so voting Labour will be a waste of time, and will only make it more likely that the Conservative candidate will beat his or her nearer rival, for example the Liberal Democrats, thereby making a Conservative government more likely. The same applies in reverse if you live in a strongly Labour constituency and support the Conservatives.

This situation leads many people to vote tactically. It means not voting for the party or candidate they most favour, but in a way that is most likely to lead to the outcome they want: for example, avoiding a Conservative government or avoiding a Labour government.

Tactical voting can require some complicated calculations and quite a bit of second guessing. Some people think it is a bit sneaky and dishonest, a kind of lying, and that you should say what you really think with your vote. Other people say it is simply common sense. It can be used as a powerful argument for the need to change the voting system to one where all votes count equally.

6. Vote with your conscience

You might just want to do what is right.

Or, you could interpret this more widely, and calculate which outcome to the election would do the most good to the most people, and cast your vote in a way that is most likely to achieve that outcome. This may require some guesswork and some compromise.

Alternatively, you could be totally selfish.

You could calculate which outcome to the election is most likely to benefit you personally, financially or otherwise, and cast your vote in a way that is most likely to achieve that outcome. This too will require guesswork.

I've given you some advice on how to think about who to vote for.

I'm not going to tell you who to vote for.

I will tell you this, though. If you can vote, vote. It makes a difference.