Who gets to vote? 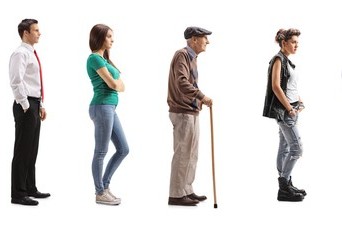 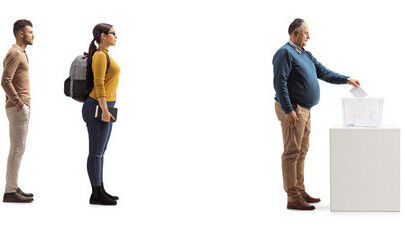 If voting changed anything, they'd abolish it was the title of a book by Ken Livingstone, former Mayor of London. He was wrong. Voting does change things. That's the reason one of the first thing dictators do is abolish voting.

What is voting for?

Voting is useful when we need to make a choice, but we don't all agree. It is a simple, mathematical way to find out what people think about something: how many people support one course of action, how many support another. Everyone gets an equal say, so the result is fair.

Or is it? There are some issues ... (which is handy for debaters). The first one we're going to look at is the franchise, which means who gets to vote.

So who gets to vote when a General Election is held in the UK?

All British and Commonwealth citizens over the age of 18 resident in the UK are entitled to vote in General Elections. (The Commonwealth is a collection of countries which used to be part of the British Empire.) So people who are not British citizens, but come from countries that used to be in the British Empire, can vote, but people who are from other countries, even if they live in the UK, work in the UK, have families in the UK, pay taxes in the UK, obviously have a stake in the future of the UK, can't vote. Why? Is the Commonwealth vote a way of saying 'sorry' to all those countries for having invaded them once?

Prisoners are not allowed to vote. Why not? They may have done something wrong in the past to be put in prison, but don't they have a stake in the future too? In some states in the US, if you commit one crime, you are never allowed to vote again. Is that fair? Is voting a privilege that can be taken away, or a right?

And why do you have to be 18 or over? Given that the next government could be in power for five years before the next election, what they do will have a big impact on people who will be adults throughout almost all that time. Even those who won't be adults will be affected by, for example, the government's policy on schools - does your school have enough funding from the government? - or transport - are there enough buses to get you to school? - or the economy - will your parents have a job that pays them enough to look after you?

Does everyone miraculously acquire wisdom at midnight on their eighteenth birthday? In the 2014 referendum on Scottish independence, 16 year olds were allowed to vote. But why start at 16? The distinguished Cambridge politics professor David Runciman argues six year olds should be allowed to vote, as soon as they can read. Surely, tbough, they're too immature, too ill informed, too open to influence, have too little stake in the outcome? Professor Runciman makes the point that all those arguments were once made against giving women the vote.

At the other extreme, there were people who said after the EU referendum that people made a bad decision because they didn't know enough about the facts. It is certainly true that voters with a high level of education tended to vote Remain, and that those with a low level of education tended to vote Leave. Does that mean that voting Remain was smarter? Does going to university give you better judgement? Should people get more votes depending on how many exams they have passed? Then again, you're not allowed to drive until you've passed a driving test, to show you know how to drive a car responsibly; shouldn't you have to pass some sort of test to show you know how to vote responsibly?

Motions connected with this topic: