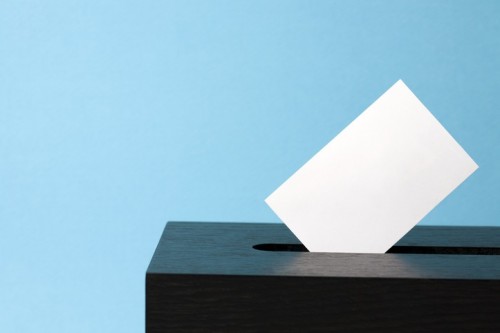 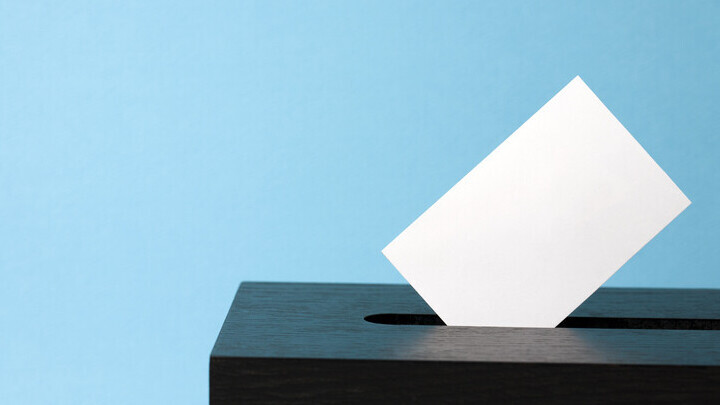 Democracy is like God used to be five hundred years ago. Everyone believes in it (or at least says they do). Schools in the UK are obliged by law to promote it as a 'British Value'. However, nobody can quite agree what it really is. There are in fact many kinds of democracy.

We're going to be looking at four main kinds of democracy:

and considering the strengths and weaknesses of each.

To help us to consider them, we're going to look at an example of a real life problem and consider how it might be solved by different types of democracy.

Take a busy road in a residential area. There's constant traffic along it, as it's on the route into town. But there are also houses on either side. Many of these houses are lived in by young children. Their parents are worried about them crossing this busy road on their way to school. So they ask the local council to put in a crossing, with traffic lights. A crossing would make their lives better.

However, there are many people in the area who don't live in that road, but who need to drive along it to get to work or to shops. If there is a crossing, triggering a red light on a regular basis, their journeys will be interrupted and will be much slower. At rush hour times, existing traffic jams will get even worse. A crossing would make their lives worse.

A really important thing to understand is that democracy is not actually about enacting the will of the people. It is about finding a way to run society which enables people with different views to carry on getting on with each other, even when decisions are taken that many of them disagree with.

How would our different types of democracy help us with this task?

Direct democracy is democracy in its purest form. Everyone affected by a particular issue gets together in one place and argues it out until a conclusion is reached, with everyone having an equal voice.

It is the oldest type of democracy in the world. It was practised in Ancient Greece. All citizens of Athens would gather on a hill called the Pnyx to argue out the issues of the day. Often there were thousands of people there, and meetings got very raucous, with passionate speeches on all sides. Being skilled in the art of rhetoric (i.e. debating) was a big advantage, and there were dozens of teachers of rhetoric, called 'sophists', who made a lot of money out of teaching people these arts. Everyone could have their say, and at the end of the meeting a vote would be taken by a show of hands.

'Democracy' is originally a Greek word, meaning 'rule by the people'. The Greeks are often held up as heroes of democracy, for having invented it. In fact, Ancient Greek democracy would not be recognised as such today, because women were excluded from it, as were the large number of people kept as slaves, whose labour allowed the 'free born' citizens of Athens to have so much leisure to chew the fat with their mates. None the less, it does provide an inspiring example of raw democracy in action.

How would it work with our road crossing?

A hall large enough to hold all the residents of the area would be hired. Everyone would be invited to a meeting. Everyone could have their say about the crossing (there would have to be a chair to keep order). At the end of the evening, either an open vote would be taken about whether or not to have a crossing, or, in really advanced direct democracy, it would be clear what the general feeling of the meeting was.

Plebiscitary democracy means rule by plebiscite. The word 'plebiscite' originally meant a vote in the plebeians' assembly in Ancient Rome. The plebeians were the lowest class of people in Ancient Rome (hence calling someone you don't much respect a 'pleb'). Like democracy, the word suggests listening to the people directly. In modern times, a plebiscite means a one off vote on a particular issue, open to all adult citizens of a country; it is more commonly known now as a referendum.

So, to resolve our road crossing controversy, ballot papers would be sent to all the houses in the area with a simple question: 'Do you support building a new road crossing?' and the option to vote Yes or No. The votes are collected and counted. If there are more Yes than No votes, the crossing is built; if there are more No than Yes votes, it isn't.

In most countries, referendums are used only for big constitutional questions such as changing the voting system, or granting independence to a region. They have been used extensively for years in Switzerland, at all levels of government from the highest to the lowest, to decide questions from the opening hours of the local supermarket to whether women should have the vote. There, they have helped to build a more cohesive and trusting society, as politicians take great care to ensure that their policies command popular support before they enact them for fear of having their laws overturned in a referendum, and citizens feel truly listened to. The UK's experience with the EU referendum has been, I think it is fair to say, a less happy one. It asked a simple binary question about an issue which is enormously complicated and has literally thousands of different parts, thus triggering confusion and conflict once the Leave verdict had to be enacted; there was no clear plan for how to leave, and everyone had a different idea about how to do it. It also managed to divide a country (and not a few families) in which up until then most people had cared very little one way or another about the EU into two mutually uncomprehending and antagonistic tribes defined by their response to the referendum in ways which mostly had nothing to do with the EU ('That's a rather Brexity sandwich.' 'Cycling is such a Remainy thing to do.').

Referendums work best with questions which can and should be reduced to a binary choice, and when the precise course of action following the result is made clear before the vote.

Representative democracy means delegating the job of making decisions. Just as you might take your car to the garage if you don't know how to fix it yourself, so you take your country to Parliament to get it fixed. The people get to choose who makes the decisions, and they then have to trust the people they've chosen. It is the most common form of democracy. In the UK, people elect their local Member of Parliament (MP), in constituencies of approximately 70,000 people each. There are 650 MPs in Parliament. The leader of the largest party in Parliament becomes the Prime Minister, and leads the government. She or he appoints ministers to run specific parts of the government, such as the health service, education, defence etc. Once they are elected, these representative leaders make decisions on behalf of the people, but without the need to consult them. They are however accountable to the people at election time, when the people have the right to remove them. You can learn more about Parliament works in our earlier post on the British constitution.

In our road crossing example, the local people would vote to choose a small committee of residents who would consider the question of the road crossing and make a decision on their behalf.

Representative democracy is in many ways the most efficient model of democracy, and perhaps that is why it is the most common. However, in recent years it has had something of an image problem, with elected leaders perceived as out of touch with the people. Specifically in the UK, it has clashed with plebiscitary democracy. The view on the EU expressed in the 2016 referendum (narrowly in favour of leaving) clashed with the view of our elected representatives (overwhelmingly in favour of remaining). This has led to a crisis in UK democracy which has still not been resolved.

Deliberative democracy really just means thinking about things together before you make a decision.

A group of people is selected, not by vote, but in a way that is as representative of the people as possible, by ensuring a balance of age, gender, area, socio-economic background etc. They are then gathered together in the same room, and given as much evidence as possible on the question to be decided. They listen to this evidence and talk it over and come to a conclusion.

So for the road crossing, a small committee of residents would be selected, not elected. For example, there might be one parent, one business person, one driver, one non driver, one elder person. They would research evidence on things like traffic flow, pollution, the times of day most people need to cross the road etc. They would then come up with a recommended course of action. This might end up being some form of compromise, e.g. only running the crossing at times when children are going to or coming home from school.


What are the advantages and disadvantages of this form of democracy?

The poster child for deliberative democracy was the 2018 referendum in Ireland to repeal the law against abortion. Abortion was a very highly charged and emotional issue in Ireland. The Catholic Church, which opposes abortion under all circumstances, has been deeply embedded in Irish culture for hundreds of years, but has recently lost much of its power following a series of abuse scandals. The referendum could easily have split the country down the middle. However, it was preceded by a Citizens' Assembly, which selected a range of people from across Irish society to consider the evidence about abortion in real depth. Many people changed their minds in the process. The vote went two to one in favour of repealing the law against abortion, but, more importantly, unlike the Brexit vote in the UK, the referendum left very little legacy of bitterness; people on both sides felt they had been listened to. While the Catholic Church in Ireland continues to teach that abortion is wrong, it has accepted the change in the law, and is not seeking to overturn it.

Deliberative democracy is probably the highest form of democracy. However, it does require a considerable investment of time and goodwill. As Oscar Wilde said of socialism, it sounds like a good idea, but it does take up rather a lot of evenings.

Now you know about different kinds of democracy, you will be better able to debate the following motions: