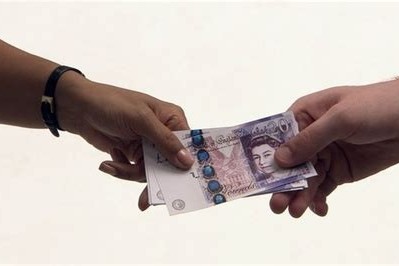 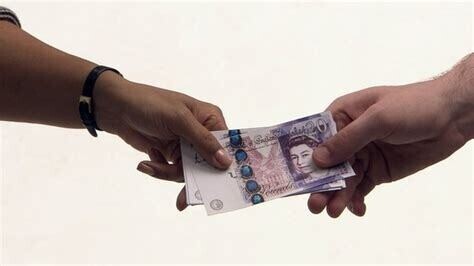 Instead of benefits for unemployment, illness, pensions etc., why doesn't the government just give everyone enough to live on?

This is often known as the Universal Basic Income (UBI). The government gives every citizen, without exception and regardless of their wealth or income, enough to live on, and leaves it at that. No complicated forms to fill in; no armies of civil servants to process claims. It is simple and straightforward.

UBI has not, yet, been implemented in full in any country in the world, though it has been trialled in partial form in many places, not least during the Covid pandemic, for example in the form of 'stimulus cheques' given to all US citizens.

Supporters of UBI claim that having the means to survive is a basic human right, and that governments should ensure that everyone has these means. They also point out that it is not that revolutionary a move. We already accept that all UK citizens have a basic right to healthcare and education for their children free at the point of use without qualification (not to mention the right to call out the police if their house is being broken into, or the fire brigade if it is burning down, without any expectation of having to pay for the service) - why shouldn't they also have the right to have their other needs met?

The simplicity of UBI is very attractive. So too is the absolute equality of its provision; no more shame attached to 'being on benefits'. It may stimulate the economy (in the way that the 'Eat Out to Help Out' scheme of subsidised restaurant meals did in the summer of 2020); if people have more money to spend, they will spend more, creating more jobs. It also enables people to take more risks with innovative projects, sure in the knowledge that they will always have their basic needs met, thereby encouraging the next generation of Richard Bransons and J.K. Rowlings. Looking to the future, it could help solve the problem that automation and the spread of artificial intelligence may make many jobs redundant. It could improve the quality of life, encouraging people to spend more time with their families and on voluntary and community work. If people are paid to do nothing, that doesn't mean they will do nothing. Most people prefer to remain active for the sake of their psychological well-being; with UBI, they will have more choice about what form this activity should take. People who receive pensions get money without having to work, but they often lead active and socially valuable lives, giving back to their communities and caring for family members.

Against UBI is the objection of cost. Obviously if no one does any paid work and everyone claims UBI, there won't be any income to feed it. Unexpected shocks to the economy such as the financial crisis of 2008 or the Covid pandemic of 2020-22 may make it impossible to maintain. It isn't fair to give taxpayers' money to people who don't need it. It is immoral to give people money for nothing, and undermines their personal responsibility and autonomy. If you pay people to do nothing, they will, which is bad both for the economy and for their psychological well-being. UBI will also undermine people's sense of solidarity and generosity; if everyone has enough to live on, why should anyone give any time or money to those less fortunate than themselves, or do anything to make society fairer?

A variant on UBI is the 'Universal Inheritance'; a lump sum payment to all young adults to get them started in life. This would equalise the chances of young people who do not have wealthy parents. Most of the arguments for and against UBI apply to a Universal Inheritance.