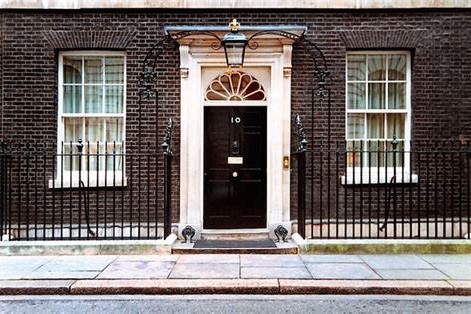 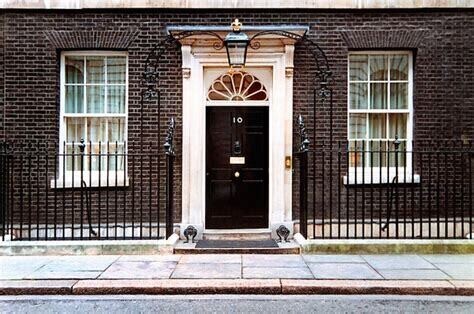 By the time you read this (September 2022), Britain will have a new Prime Minister (the fourth in six years). So this is a good moment to make sure you understand how the British Prime Ministership works. As the Prime Minister heads the government, and is (in theory, at least) the most powerful person in the country, knowing more about how she or he is chosen, how she or he can be got rid of, and what exactly she or he can and can't do, is vital knowledge for all debaters (and, indeed, for all citizens).

How do you get to be Prime Minister?

Unlike, for example, the US or the French President, the British Prime Minister is not, in fact, chosen by the British people. She or he is appointed by the monarch (currently Queen Elizabeth II). However, the longstanding convention is that the monarch appoints the leader of the largest party in the House of Commons, on the assumption that they will be able to win votes in the House of Commons and get laws passed. This party will be the largest because it has had the most MPs elected. So in that sense the Prime Minister is chosen by the people, just more indirectly than in the US or France.

What happens after an election?

What happens if the Prime Minister resigns?

The other time when a new Prime Minister is appointed is when the serving Prime Minister resigns between elections. This may be for health reasons, or it may be because they have lost the support of their MPs and / or the ministers who serve under them, as happened to Margaret Thatcher in 1990, Theresa May in 2019 and, most recently, Boris Johnson in 2022. Occasionally, external events will force a Prime Minister to resign, as when David Cameron resigned in 2016 following the victory of Leave in the Brexit referendum; having campaigned energetically for Remain, he felt he could not lead the UK's exit from the EU. On this occasion, it is members of the governing party who choose their next leader, who then becomes Prime Minister. How this is done depends on the system the party has set up for choosing their leader. In the Conservative leadership election of 2022, MPs voted in a series of ballots until they had whittled the list down to two candidates; the vote then went to ordinary party members. The Labour Party and the Liberal Democrats also give the choice of leader to party members and supporters.

There are arguments against this way of choosing a Prime Minister. Firstly, it takes a very long time. In the summers of both 2019 and 2022, there was a period of around six weeks during which the serving Prime Minister had very little authority, as everyone knew they were leaving, and the governing party was distracted from governing because its members were preoccupied with jockeying for position around whoever would be the new Prime Minister. Secondly, the people choosing our next Prime Minister are likely to be very unrepresentative of the country as a whole; Conservative Party members, for example, are more likely to be old, white, from the south east of England and prosperous. In favour of allowing party members to choose their leader (and thus the current or future Prime Minister) it can be argued that it encourages people to take an active interest in politics by joining a political party, knowing that they can make a difference. The more people belong to a political party, the more engaged the population as a whole will be in democracy.

A compromise solution is to have MPs elect party leaders, as used to be the case for both the Conservative and the Labour parties. It can be argued that MPs have more knowledge of the candidates, have more invested in the decision (if they pick someone useless, they are likely to lose their job at the next election), and are also more answerable to the public than party members (they will have to stand for re-election in a few years). Against this system is the argument that it keeps the business of politics within a narrow, inward looking elite.

Assuming the Prime Minister's party keeps winning elections, they can remain in office as long as they like. (The record is held by Robert Walpole at just short of 21 years.) Some would argue this gives one individual too much power for too long, and leads to them losing their sense of perspective. The term limit imposed on US presidents, who can only serve a maximum of two four year terms, is designed to address this problem. An argument against term limits is that a leader whose time is limited can become reckless, in the knowledge that they do not have to face re-election.

What if the Prime Minister dies?

The last Prime Minister to die in office was Viscount Palmerston in 1865. However, we came close in April 2020 when Boris Johnson was in intensive care with Covid, and for a few days it was a real possibility that he might die. This would have created a major constitutional crisis at a time of national emergency. There is no mechanism in place for an immediate replacement for a Prime Minister who dies in office, unlike in the United States where the Vice-President assumes power at the moment of the President's death. This is arguably a major flaw in the British constitution; a lengthy leadership election process in the middle of lockdown would not have helped us deal with the pandemic.

By contrast with the United States, though, the transition process when a Prime Minister loses an election in the UK is brutally efficient. She or he has to pack their bags and move out of Downing Street on the morning after the election. When the new Prime Minister arrives, they will find a highly experienced team of civil servants, who will have studied their election manifesto and will have prepared detailed plans for them to implement. In the US, there is a ten week transition period, during which the President-elect appoints thousands of staff, and the outgoing President is stuck in a kind of limbo, working out their notice.

What can the Prime Minister do?

The Prime Minister cannot, apart from a few very limited exceptions, rule by decree; they cannot just tell people what to do and they have to do it. If they want to introduce a new law or change an existing one, the law must pass a vote in the House of Commons (and the House of Lords). If the Prime Minister has a solid majority in the Commons and the support of her or his party, this should be a straightforward process, though it can take some time.

The Prime Minister is the head of the government (the word 'Prime' means 'first'). In practice, though, most of the everyday decisions of government to do with finance, health, defence, education etc. are taken by ministers with responsibility for those areas. These ministers are appointed by the Prime Minister. The Prime Minister can give them direction about what she or he would like them to do in their particular areas, but this power is limited partly by the fact that ministers are commonly ambitious people themselves who want to make their own decisions and create their own impact, and also by the practical fact that there are simply not enough hours in the day for even the most hard working Prime Minister to keep across every detail of every decision.

The Prime Minister can use her or his power to hire and fire ministers to encourage them to toe the line. However, this power has to be used sparingly; sacking someone can create a powerful enemy in parliament. And it can go both ways: Boris Johnson's downfall in July 2022 was precipitated by the resignations of two senior ministers, triggering a tsunami of walkouts until there was almost no one left willing to work for him.

The Prime Minister also has to respond, often very quickly and under great pressure, to unforeseen crises. So, for example, it fell ultimately to Boris Johnson to decide when and how strictly lockdown should be enforced during the Covid pandemic in March 2020, and how far and in what way the UK should support Ukraine following the Russian invasion of February 2022. To take an extreme case, if a hijacked plane was flying towards Central London, the Prime Minister would have to take the decision on whether or not to shoot it down. For this reason, the Prime Minister is never completely off duty.

The Prime Minister's role is best seen as a strategic one, steering the government's general direction, responding as necessary to crises, and only intervening in detail in certain key areas.

On announcing his intention to step down, Boris Johnson described the Prime Ministership as 'the best job in the world'. It's certainly one of the hardest. Good luck to whoever takes over from him; they're going to need it.