Is it ever all right to be violent? 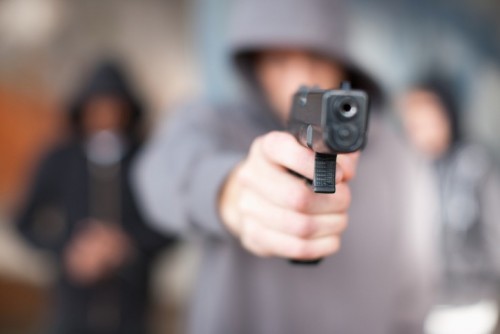 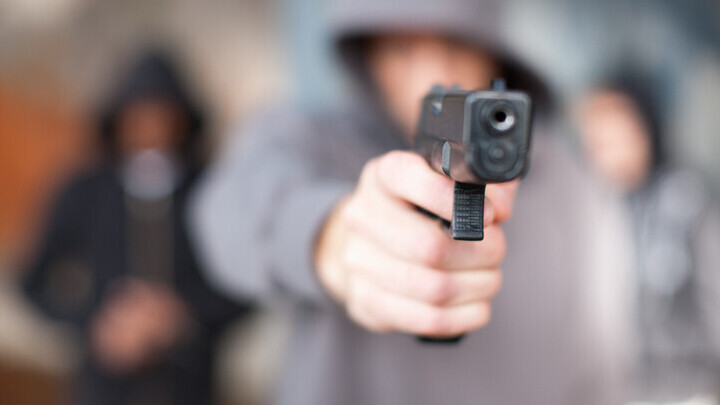 A man takes out a gun. He shoots another man in the head, killing him.

What do you think about that?

The man who is shot is in a crowded Tube train and has a suicide bomb strapped round his waist which he is about to detonate, killing everyone on the train. The man who does the shooting is a police officer.

Is it still wrong?

The man who is shot is a soldier in an army representing a government which is responsible for the genocidal murder of thousands of people, and the kidnap and rape of many more. If the army is not stopped, they will continue to murder, kidnap and rape. The man who does the shooting is part of a different army, trying to stop the first one.

The man who is shot is part of an army invading your country, threatening to take it over, take away your freedom, and run it for the benefit of a different country. The man who does the shooting is part of your country's army and is trying to stop him.
Is that wrong?

Violence, you can see, is not a simple matter.

Some people are uncompromising pacifists. That means they believe all violence, of any sort, in any circumstances, is wrong. That does make matters simple. But in another way, it makes them more complicated, as the dilemmas above show.

What if you aren't an all out pacifist? When is violence right?

1. If violence prevents a greater evil. All the examples above could fall into that category.

Problem: what started out as preventing an evil can end up becoming as great, if not a greater evil, itself. You don't have to look very far into history to see this happening: revolutions which end up imposing a tyranny even greater than the one they were trying to overthrow, wars which go on long past their original cause, police who act with brutality out of proportion to the need to control crime.

Problem: what is legitimate, and who gets to decide? 'Legitimate' literally means 'lawful'; laws are set by the state. If you trust the state you are living in, you respect the laws which allow the state to use violence in protection of its citizens, usually through the actions of the police or armed forces. One definition of a civilised society is one in which the state has a monopoly of violence, so only police and armed forces are allowed to use violence. Most people find this preferable to a society in which anyone can use violence to get their way. But what if the instruments of the state misuse the powers given them? What if the police unfairly target a particular minority group? What if the government launches a war you think is unjust? Should you resist the state's use of violence in these cases, even though it is, in the state's terms, legitimate?

Problem: how do we decide what is a just cause? And how much, and what sort of violence can be used, even in a just cause?

'Just war theory' deals with these questions. The most common principles for a 'just war' are that:

Violence is not going to go away. Nor is it a simple matter to decide when it can or should be used. It is an issue which presents a lot of problems to think about and debate.