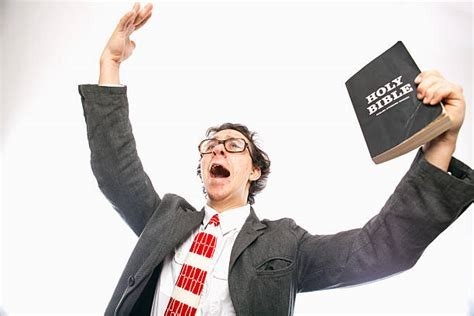 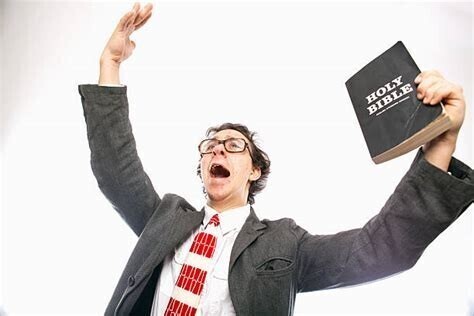 That was the response of Alastair Campbell, Director of Communications to Tony Blair (British Prime Minister 1997-2007) when his boss was asked a question about his (profound and significant) Christian faith. It is certainly the case that politicians in the UK tend to shy away from open discussions of religion, and if they have a faith they tend to keep quiet about it. But what about debaters? Should they be doing God?

Debaters should be talking about religion because, whether you like it or not, it is an immensely powerful force in the world. Debaters often (though by no means always) come from a younger, more educated, Western demographic for whom religion seems an anachronism; but the fact is that, across the world as a whole, religion continues to play a central role in both the personal and cultural lives of the great majority of people.

There is one debate motion that will never (and should never) be set: 'This house believes in God.' This is not because belief in God is inherently irrational; it's because faith operates at a different (different - not higher, not lower) level from the kind of analytical thinking that debating involves. So debaters, whatever their beliefs, don't do faith when they're debating. However, they can, and should, do religion; that is, the practical application of faith in the world.

The key issues for debaters are likely to come from the interaction between faith as expressed through the institutions of religion and the state. Let's take a quick survey of different approaches to religion in different countries around the world.

Some countries are explicitly connected to a particular faith. For example, the title of the Islamic Republic of Iran makes it clear that to be Iranian is to be Muslim. Of course, not all Iranians are believers. Does this mean the government is excluding some of its citizens? Or should they accept that Iran and Islam are intimately connected?

For other countries, religion is an essential part of a national identity which was once or is still crushed by a foreign, invading power. From 1945 to 1989 Poland, a country with a very strong Catholic identity, was effectively a colony of the Soviet Union. The church was driven underground and persecuted. After John Paul II, originally from Poland, was elected Pope in 1979, he became a very significant inspiration for the resistance of the Polish people to Communism, helping to bring about the downfall of the regime. The Catholic Church is strongly associated with Poland's liberation in the minds of many Poles. While Poland is not officially a Catholic state, the church remains very influential. The current ruling party, Law and Justice, has enacted highly conservative laws on abortion and homosexuality, with considerable support from many Catholic voters, particularly in rural areas.

Some countries are only implicitly connected to a faith, with very strong cultural pressures to conform to it. Ireland in the twentieth century was described by the writer John McGahern as 'a theocracy in all but name' (a theocracy literally means a society ruled by God - in practice a society ruled by those who claim to represent God). At a local level, parish priests exercised enormous power. The Irish constitution acknowledged the special place of the Catholic Church in Ireland. Divorce, abortion, homosexual relationships and contraception were all against the law, and very few politicians would dare defy the church by suggesting this should be changed. (They have since all been legalised.) The legalisation of abortion in Ireland in 2018 required a change to the constitution.

Then there are countries with an uneasy compromise, where there is a nominal state religion which has little power and is observed only by a minority, but still plays a significant role in national life. In the UK, Queen Elizabeth II is both the head of state and the head of the Church of England. Should any of Princes Charles, William or George become a Catholic, they would be unable to succeed to the throne. Even though fewer than 2% of the population regularly attend Anglican services every week, the Church of England still presides over major national events such as Remembrance Sunday and royal weddings and funerals. There are also many church schools funded by the state but run by the Church of England with an explicitly Christian ethos, as well as Catholic, Muslim, Jewish and Hindu schools also funded by the state.

There are countries which claim a total separation between religion and the state, and yet find that religion is hugely significant in public life. While the constitution of the United States explicitly denies any formal affiliation of the state to any church, religion wields enormous influence there. Evangelical Christians are a very powerful and well organised force, which any candidate for high office alienates at his or her peril. Some US Catholic bishops have suggested excommunicating the current President, Joe Biden, a practising Catholic (effectively throwing him out of the church) because he has refused to endorse making abortion illegal. In one state, Texas, abortion has been been made effectively illegal following pressure from Christian groups.

Some countries are quite aggressively anti-religion. The Soviet Union under Communism was avowedly atheist; churches were demolished and priests were imprisoned. France does not quite that far, but its policy of laicite means that there must be no expression of religion in the public sphere whatsoever: students may not wear hijabs or crosses to state schools, and the establishment of a Christian Union in a school would be against the law. Recently, a law was passed banning the wearing of hijabs in any public space, leading to the bizarre spectacle of a policeman ripping a woman's clothes off on a beach in the name of feminism.

The points of clash here are: