Are strikes ever justified? 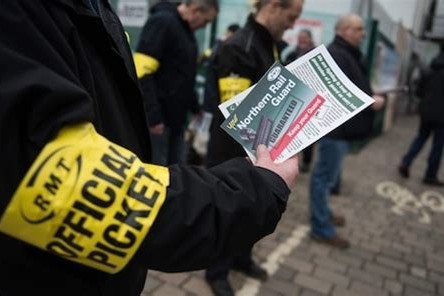 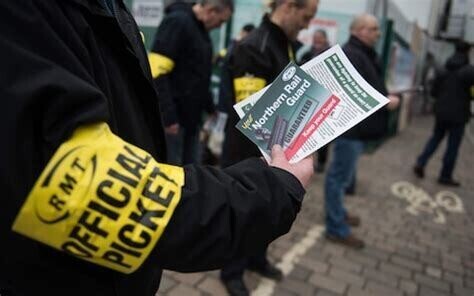 I was at school in the 1970s. Strikes then were like the weather; something that just happened to you, interfering with your plans, causing you inconvenience, part of life. In 1971 a miners' strike prevented coal from getting to electricity plants, causing regular power cuts. In 1974 another miners' strike led the government to introduce a three day week to conserve power. At home when there was a power cut we played Monopoly by candlelight instead of watching TV, while at school we were allowed to wear our coats and scarves in class as the heating was switched off. It was all great fun for a schoolboy (though probably not so much fun for people running their own businesses). The wave of strikes culminated in the so-called 'winter of discontent' in 1979, when rubbish was piled high in the streets and the dead went unburied. The Conservatives under Margaret Thatcher won a convincing victory in the election held in May of that year; a large part of their appeal was a promise to curb the power of trade unions.

This week (the third week of June 2022) has sparked a bit of 70s nostalgia: rail strikes all week; strikes by criminal barristers next week; talk of strikes by teachers and NHS staff; a sudden, steep rise in the price of oil, prompted in part by a war; rising inflation; Kate Bush at No. 1. No return though (yet) to kipper ties, flared trousers and prawn cocktails (nor, mercifully, to a deluge of racist, sexist and homophobic 'jokes' on TV every night).

In fact Britain in 2022 is not at all like Britain in the 1970s. Back then over half the population belonged to a trade union; now it is less than a quarter. In 1979 29 million working days were lost to strikes; forty years later, in 2019, it was just 234,000. In the 1970s unions could call workers out on strike more or less at will; now they have to hold a postal ballot in advance with a minimum 50% turnout.

Nonetheless, it looks like strikes are back (along with Kate Bush). There is talk of a 'summer of discontent'. So it's worth thinking about the rights and wrongs of strike action.

For the right to strike

Imagine you have a Saturday job in a cafe. You don't think you're paid enough. You go to see the owner of the cafe and ask for a rise. She says no. You say, 'If you don't give me a rise, I'm not coming in next Saturday.' She needs you next Saturday, so she gives you the rise. It's a negotiation: she has capital (the profits from the business); you have labour (your work in the cafe). If you want more of the capital, which she controls, you threaten to withdraw your labour, which you control. She realises she needs your labour, so she shares more of her capital.

When a union calls its workers out on strike, it is doing the same thing, only on a larger scale. If a few people who work on the railways individually went to their bosses and said they were taking a day off, it wouldn't make much of an impact. If, as a collective group, they announce they are withholding their labour, it does. It makes the employers realise that they need the labour, that it's worth something, so they should reward them better. It's their labour, and they're entitled to withhold it (they don't get paid on days they strike).

People who say that unions have unaccountable power to bring the country to a standstill forget that this is also true of very large businesses and multinational companies. Over Half Term hundreds of thousands of travellers on the airlines were inconvenienced in much the same way as rail travellers are being inconvenienced at the moment because air travel companies had laid off large numbers of staff during the pandemic and failed to rehire them, to cut their costs and protect their profits. Trade unions calling strikes are protecting the interests of their workers in the same way that businesses protect their profits.

Unions are nearly always acting on behalf of the lowest paid workers: the railworkers have been offered a 3% rise in the face of 8% inflation, so already poor people are about to get even poorer. Yes, strikes cause inconvenience, but it is worth putting up with it to protect the rights of vulnerable people. We suffered far greater inconvenience during the Covid lockdown, but we accepted it as it was necessary to protect vulnerable people.

Against the right to strike

The dispute in a strike is between employers and employees. People who are unable to get to work, or school, or important medical appointments, suffer because of a dispute which is nothing to do with them. This is unfair.

If people think they are not paid enough, they should look for a better paid job. Some workers may not want to go on strike and lose a day's pay, but they are forced to do so by their membership of a trade union. Imposing action in this collective way denies people the right to have an individual relationship with their employer.

Public services such as public transport, schools and the NHS are not luxuries; they are essential to people's well being. Strikes cause damage to the wider economy, hurting everyone. Strikers make innocent people suffer unnecessarily.