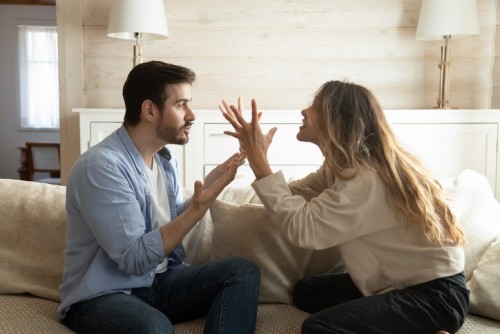 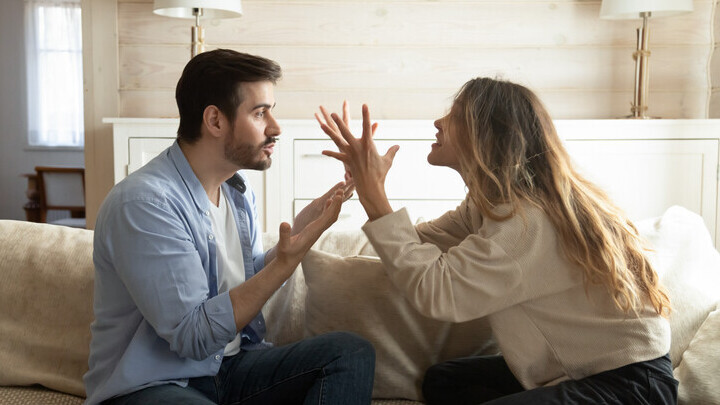 The 1992 comedy My Cousin Vinny is not perhaps the greatest movie ever made. It does, however, have one memorable scene. The main character, Vinny, is a lawyer, hired to represent his cousin, who has been falsely accused of involvement in an armed robbery. Vinnie isn't, it's fair to say, at the top of his profession; he's failed his law exams six times. However, he is cheap. So cheap that the only hotel he can afford is next to a railway line that keeps him awake all night. As a result, he falls asleep during the prosecution's opening submission. Prompted by the judge to respond on behalf of his client, Vinny stirs himself, strides confidently towards the bench, and says, 'Everything that guy just said is garbage.' (Actually, he doesn't say, 'garbage'. He says something else. You can see what he really says in the original clip here). Vinny's response is a very good example of how not to do rebuttal. Unfortunately, the Vinny technique is still all too common, both in debating and in life.

Rebuttal is when you challenge, criticise or find fault with your opponent's argument with reason. I'll say that again: with reason. It is different from simply saying someone is wrong. This is the Vinny approach, which itself is the mirror image of simple assertion of an argument, our Bad Argument #1, covered in an earlier post here. No reason, no rebuttal; but the better your reason or reasons, the better your rebuttal.

Without rebuttal, a debate becomes a series of performances: one free standing speech after another, none of them having any connection with each other. No matter how well composed the speeches are, they might as well have been written down, photocopied and handed out to the audience. In fact, you might as well not even be in the same room. A debate without rebuttal is like someone who behaves as if there is no one else there. Have you ever met anyone like that? They're not much fun to be with. With rebuttal, however, a debate becomes a conversation; a conversation where people actually listen to each other. It becomes dynamic, unpredictable, unsafe. In other words, it comes to life. A debate with rebuttal is a lot harder, but it's also a lot more interesting and, ultimately, more fun.

3. When should you do rebuttal?

a. At the beginning of your speech
Unless you are first proposition, you are always speaking just after someone on the other side has spoken. You need to show you have actually listened to that speech by responding to what has been said, and by saying, with reason, why you disagree with it.

Rebuttal is the work of analysing an argument and finding its weaknesses. It's really hard work, and it doesn't get any easier. You just have to keep practising it. The more you practise it, the better you will get at it. This will have benefits not just in debating, but in life, as you are less likely to be fooled by people who look as they're talking sense but aren't, really.

There is a whole section of philosophy, called 'critical thinking', dedicated to analysing arguments and their strengths and weaknesses. You may have studied it at school. For now, though, here are some very simple tools for understanding how arguments work.

Arguments consist of premises and conclusions. In a strong argument, the premises lead to the conclusion. So, for example:

Or, to put it more like a mathematical formula:

Let's see how these would work in practice. We'll go back to that ever popular debate, 'This house would make all schools co-educational.'

Someone puts this argument:
'All schools should be forced to be mixed, because when girls and boys attend the same school, they have to spend time with each other, so they learn to get on with the opposite sex, which is a vital life skill.'

Now let's see how we could rebut it.

Challenging Premise 1
'Mixed schools don't make boys and girls spend time together. They spend most of their time ignoring each other. At break time the boys play football, the girls talk. Students at single-sex schools spend much more meaningful time with the opposite sex, because when they do so, they do so out of choice.'

Challenging Premise 2
'Putting boys and girls together doesn't make them get on with each other. Boys tend to dominate class discussion, intimidating girls into not giving their opinions. This establishes a very unhealthy dynamic for later life, where men make decisions and women listen; not a good way to "get on with each other". Girls in single-sex schools get the confidence to express their opinions in class much more easily, and are thus better equipped to interact with men on an equal basis in later life.'

Challenging Premise 3
'Girls consistently achieve better exam results in single-sex schools. Making them sacrifice this achievement by forcing them into mixed schools so they can "learn how to get on with boys" is sending out the message that socialisation is more important than success; or, to put it another way, it's more important for a girl to be nice than to be clever. Is that how we should be bringing up our daughters?'

Showing that the premises do not lead to the conclusion
'It may be true that boys and girls spending time together at school can teach them how to get on better in later life, but that doesn't mean all schools should be forced to be mixed. Not all children are the same; some thrive in single-sex environments, and shouldn't be forced into a "one size fits all" model.'

Questioning the desirability of the conclusion
'Shouldn't schools be about academic education, not socialisation?' Or: 'What business does the government have telling us what sort of education we should choose for our children?'

So, as you can see, there are many different ways you can rebut even a simple argument like the one above. We'll be covering more lines of attack as we continue with our series on Bad Arguments - how to spot them, and how to challenge them. But with five possible lines of attack (and often there will be more), you have to choose. You can't say all those things at once. How do you choose? Challenge your opponent where her argument is weakest. Look through the rebuttals above, and decide for yourself which exposes the most weakness in the original argument.

1. Rebuttal is essential for debate
2. Do it at the beginning of your speech; in points of information; and when summing up.
3. Simple denial is never enough.
4. Break your opponent's argument down to premises and conclusion, and challenge it at its weakest point.