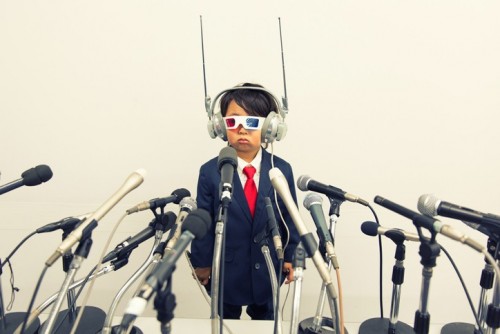 The comedian Jerry Seinfeld claimed that, according to a survey he had read, more people fear public speaking than fear death. Which meant that at a funeral, most people would rather be in the coffin than giving the eulogy.

I suspect he may have made up this survey. But there was something in what he said. Public speaking is uniquely terrifying for many people. Debating, of course, is based on speaking in public. Not only speaking in public, but speaking in public with the expectation that anything and everything you say may be vigorously challenged, in points of information and in subsequent speeches.

So how to get past those nerves, and ensure that you aren't prevented by them from taking part in debating? Here are a few tips.

The main reason people fear speaking in public is that it puts them in a position of exposure and vulnerability. We risk getting it wrong / looking stupid / being laughed at. In other words, we feel under threat. Humans, like all animals, have an instinctive response to a situation of threat: flight or fight. Flight isn't a good option in the middle of a debate, obviously. Fight can be, however. Not, of course, physical violence; debating is not a combat sport. But in another sense it is - it's just that the combat is verbal. Harness that fight instinct to engage more vigorously and rigorously with the other side's arguments (arguments, not people), and you will feel less threatened. The good news is that our bodies help us with this. They release adrenaline into our system which gives us extra energy, sharpening our responses and heightening our ability to think on our feet. Every actor and sports person knows that fear can be your friend; the nerves you feel in the wings or the changing room give you extra focus on the stage or the pitch. The same applies to debating.

A journey is much less nerve racking if you know where you're going. Have a map for your speech. Break it down into stages, each summed up in a word of phrase, so you know what will say first, what you will say second, and so on. Write your map down as headings on a piece of index card which you can easily hold in your hand.

So if the debate is for the motion, 'This house would make all school lunches vegetarian', your card might read:

If you feel you need more detail, have a card for each word and phrase, and add a few sub-headings. So in the vegetarian school lunches debate, the cards might read:

For more on this, see this earlier post on how to prepare for a debate.

Of course, you could write out your speech in full and just read it. You would be guaranteed not to run out of things to say. Unfortunately, you would also lose the debate. That's because you would not be debating; you would be reading out an essay. No judge will ever award a debate to a debater who does this. Debating is a conversation, not a monologue. A good debater is spontaneous, responsive and flexible. Yes, I know: being spontaneous is scary. But remember, fear is your friend (see point 1).

4. Talk to one other person

If you're speaking in the final of the Oxford or Cambridge Union competition, you might be speaking to a chamber of two or three hundred people. If you're in the final of your school competition, you might be speaking to a hall filled with people you know (which is even worse). Most likely, you're speaking in front of the two, three, or four people on the other team, plus your team mates, a judge, a teacher or two and maybe the odd random supporter. Even so, you are speaking to more than one person, and that makes you nervous, because it's not what you normally do.

Not many people, though, are afraid of having a conversation with one other person. So make your speech a one to one conversation. Pick one person in the room, imagine you are talking only to them, ignoring the rest. The best choice will be the last person to speak on the other side, as you will be responding to their arguments. (If you are first proposition, pick first opposition.) You will immediately be more at your ease.

Your speech will sound better, too. A friend of mine used to work as a presenter on Radio Guernsey. She told me that in her training she was instructed not to imagine she was addressing an audience of thousands, but to speak as if she was talking to just one other person in a room. Unfortunately, when it came to Radio Guernsey, this was quite often literally true. However, you get the point: a speech given as if part of a one to one conversation will be much more natural, accessible and easier to listen to.

Don't, actually, be yourself. If you are yourself, then you will feel more threatened, and therefore more nervous, because it will be Rakesh Patel or Isabella Jones who might mess up, and everyone will remember. If, however, you are not Rakesh or Isabella, but the opening speaker for the opposition (Mace) or the Deputy Prime Minister (British Parliamentary), then it will not be you who is on show, but a character in the drama that is the debate. The convention in BP of speakers addressing each other with the title of their role will help you to detach yourself even further from your everyday self.

Speaking in role will also make you a more effective speaker. You might have been given the task of proposing the motion in favour of making all school lunches vegetarian, when in real life you are a massive steak lover, or passionately believe everyone should be able to eat anything they want. In that case, it could be hard to speak convincingly. If, on the other hand, you take on, like an actor, the role of someone who believes with every fibre of her being that the very notion of eating dead animals is cruel, unnatural, and a disaster for the environment, you will be far more persuasive.

One student of mine suffered terribly from Obsessive Compulsive Disorder. She was plagued constantly with disturbing, distressing thoughts. She volunteered for debating to help her to overcome her anxiety. Not only did she do debating, she did it superbly, going on to be on the winning team in the sixth form debating competition, speaking in the final in front of the whole of Year 12 and 13. For the five minutes she was speaking, her anxieties were forgotten, because she was speaking not as herself, but in the character of a speaker for her side of the motion. Debating helped her to be less anxious not only about public speaking, but about life itself.