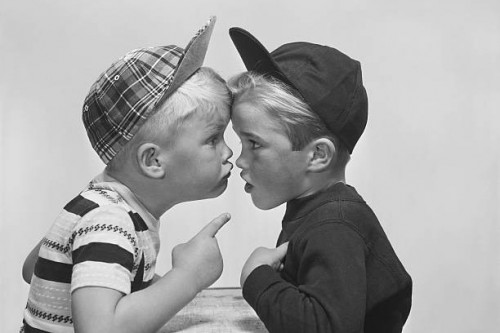 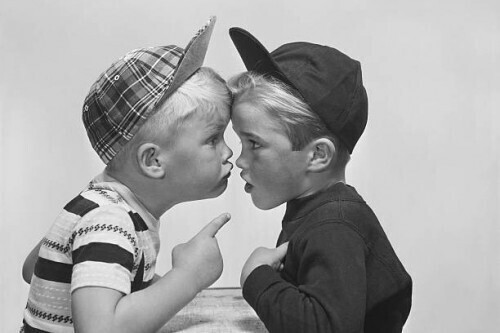 Debating is about changing the world. However, not all change is good. Sometimes change needs to be stopped. If you're the opposition in a policy debate, your job is persuade people to reject the proposed change; your job is to attack the proposition.

Here are thirteen ways you can do this; thirteen lines of attack.

1. The problem addressed by the motion doesn't exist.
(There's nothing wrong with NOW.)

2. The definition of the problem is wrong.
(NOW is bad, but not for the reasons you say.)

3. The action proposed by the motion won't lead to a solution of the problem.
(ACTION won't get us to THEN.)

5. Even if the action works, it is inherently wrong in itself.
(ACTION is immoral / undesirable.)

6. The action will only cause more problems in the long run.
(ACTION will make a THEN that is worse than NOW.)

7. The solution proposed is inherently wrong in itself.
(THEN is immoral / undesirable.)

9. The solution won't be any better than what we have now.
(THEN will be no better than NOW.)

10. There is a better solution to the problem.
(Our ACTION will get from NOW to THEN better than yours.)

11. There is no solution to the problem.
(You're never going to get to THEN.)

12. The solution has already been tried and has failed.
(The ACTION didn't get from NOW to THEN in the past, so it won't now.)

13. The problem will go away without the solution you propose.
(We'll get from NOW to THEN without ACTION.)

Let's see how you might use these lines of attack with the motion discussed in the post on Building a proposition case, 'This house would make it compulsory for all 18 year olds to do a year of community service.'

1. The problem addressed by the motion doesn't exist.

Young people already have a great many useful skills, which they have learnt at school and elsewhere, and will continue to learn in further study. Many of them already work with people less fortunate than themselves; most schools have some sort of charity outreach, and the very popular Duke of Edinburgh scheme has a compulsory community service unit. 93% of young people attend non-selective state schools which introduce them to a whole range of people unlike themselves. So compulsory community service would be addressing a problem which doesn't exist.

2. The definition of the problem is wrong.

Young people are not lacking in skills and social solidarity because they don't do community service; it's because schools are too focused on competitive public exams, which teach a narrow set of skills and pit schools and individuals against each other to move up league tables / get university places. The exam system is the source of the problem you have identified.

3. The action proposed by the motion won't lead to a solution of the problem.

It's a good idea for young people to learn new skills and work with people less fortunate than themselves, but most of the community service is likely to be low skill activities like picking up litter or cleaning toilets, which will not teach them anything new or introduce them to the people they are supposed to be helping.

4. The action is impractical.

There are about half a million young people in any given age cohort in the UK. Funding them all to do community service would be vastly expensive; organising them would require paying many more people. What would be done with young people who refused to take part / didn't turn up? Chasing them up / sanctioning them would also be time-consuming and expensive. There simply aren't enough community service projects in existence to keep all these people busy; we'd have to create unnecessary work for them. Moreover, more privileged / well connected families would find ways to get their children out of having to do the community service, undermining the purpose of introducing more privileged young people to those less fortunate than themselves.

5. Even if the action works, it is inherently wrong in itself.

While community service is a good thing, it is a serious infringement of human rights to force people into it unwillingly. The government telling people what to do for a whole year of their lives is tyrannical, the sort of thing that only happens in dictatorships. It is a kind of slavery.

6. The action will only cause more problems in the long run.

Making community service compulsory would cause so much resentment amongst young people that they would never want to do any voluntary or charitable work ever again; charities and voluntary organisations would suffer as a result. That resentment would mean that the work done as part of the community service would be done much worse than that done currently by genuine volunteers, and charities and voluntary organisations would suffer from that as well.

7. The solution proposed is inherently wrong in itself.

A society where everyone has to do the same thing between the ages of 18 and 19 is not one we want to live in. It will create a uniformity of thinking and a regimented atmosphere that would be oppressive. Compulsory shared activities, however admirable in themselves, are the hallmark of dictatorships, not democracies.

There is a problem with divisions in society between those who are less fortunate and more fortunate, and also in the lack of purpose, direction and skills that many young people have. However, this is caused by the unfair economic system, which ensures that children of rich parents go to socially exclusive schools and get the best jobs, while children of poorer families do not have the same opportunities. This economic injustice is what needs to be addressed; forcing young people unwillingly into community service is just avoiding the real problem.

9. The solution won't be any better than what we have now.

How is a year resentfully picking up litter and cleaning toilets going to turn everyone into more compassionate, caring, highly skilled and purposeful citizens?

10. There is a better solution to the problem.

A year of community service at age 18 is an excellent thing for young people to do and would bring all the benefits you describe. However, we propose a better way to promote it; instead of making it compulsory, make it voluntary but incentivised. Anyone who did a year of community service before going to university would automatically have their tuition fees paid by the government. Given that young people who go to university tend to be predominantly from more privileged backgrounds, this would be an excellent way to introduce them to people less fortunate than themselves. Also, because it would be a free choice, the resentment that compulsory community service would breed would not be an issue.

11. There is no solution to the problem.

Of course it would be lovely to live in a world where everyone was forced to be caring, compassionate and altruistic, and there were no divisions between people of different backgrounds. People tried to build a world like that in Russia in the twentieth century, and look what happened: economic ruin and millions of people starved, shot and imprisoned. Human nature is not like that, and never will be.

12. The solution has already been tried and has failed.

From 1949 to 1960, all 18 year old men in Britain had to do two years of compulsory military service. It is now widely acknowledged that this was not a success. Training the conscripts, many of whom were not fitted for the military life, put the armed forces under unnecessary strain, while the compulsory nature of the service bred resentment, hatred of authority and, in many cases, criminality in impressionable young men. There was also compulsory military service in the United States during the Vietnam War in the 1960s, but it was often evaded by young men from privileged families, with the result that most of the soldiers came from less privileged backgrounds, in which African-Americans were over represented, worsening rather than healing social and racial divisions. There is no reason to suppose that compulsory community service would not face very similar problems.

13. The problem will go away without the solution you propose.

With the development of artificial intelligence taking over many jobs, people will have more leisure time than ever before. They will want to spend this time in meaningful, worthwhile activity, and as a result charities and voluntary organisations will have volunteers flooding through their doors, with all the benefits that this will bring both for those organisations and for the volunteers themselves.

You can see already that some of these arguments are stronger than others. Different motions will lend themselves to different lines of attack, and part of the job of the opposition is selecting the best lines of attack. Also, on a practical note, there simply won't be time in one speech (or two speeches across a team) to use all thirteen lines of attack. However, it is helpful to have them written down somewhere to refer to in preparation time. Think of them as a toolkit; you need to select the best tools from it for the job in hand. You can, of course, use some or all of these tools when persuading someone in real life not to do something you do not want them to do, or not to make you do something you do not want to do (see how useful debating is for life?).