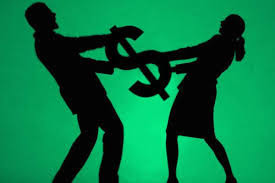 'Money, money, money ... always money ..' sang Abba. Debates aren’t always about money, but they very often are, at least in the widest sense of how we distribute resources in the fairest and most effective way. The study of the distribution of resources is called Economics, but in the UK it is not studied until A-Level, (which begins at age 16) and then only as an optional subject. I’ve never understood why it isn’t studied earlier and more widely, as so much of our life is determined by economic decisions, and because those decisions are often based on the most fundamental values.

One of the most central points of clash in Economics, and one which comes up again and again in debates, is that between neo-liberalism and social democracy.

I said that Economics is based on values, so let’s start with the values.

For neo-liberals, the individual is more important than the community, and liberty is a higher good than equality. For social democrats, the community is more important than the individual, and equality is a higher good than liberty. In the Freedom vs Security clash we discussed in an earlier post, neo-liberals would most often come down on the side of freedom, and social democrats on the side of security. Both sides think their approach is both fairer and more effective.

Now let’s see how those values are applied, in terms of economic principles, and of practical measures.

Now you’ve got an understanding of the two different sides, let’s look at how they might clash in some common debates.

2. This house would introduce a maximum wage

Social démocratie arguments for the proposition

Neo-liberal arguments for the opposition

3. This house would bring the railways into public ownership

Here are some more motions which could easily break on neoliberal vs social democratic lines:

Try drawing up arguments for and against those motions, using neo-liberal and social democratic ideas.

Knowing about neo-liberalism and social democracy is also very useful when following current affairs (as all debaters should). Often there are arguments about economic measures. Both sides present their proposals as being simply common sense. Seeing what economic assumptions (and ultimately what value systems) people are using helps you to evaluate their arguments better.

Let’s give the last word to two characters in a very well known play: An Inspector Calls by J.B. Priestley. You may well have studied, or be studying, this play; it is very often taught in UK schools. In many ways it’s a debate between neo-liberal and social democratic ideas. Mr Birling, a wealthy industrialist, represents neo-liberal ideas when he says:

while the Inspector, whose job it is to reveal uncomfortable truths about the Birling family, puts the social democratic case when he says:

We are members of one body. We are responsible for one another.

Priestley was firmly on the side of social democracy, and makes sure that the Inspector wins the debate in the play. But you have to make your own mind up.
at April 28, 2019 No comments:

How to debate #8 - squirrels and badgers 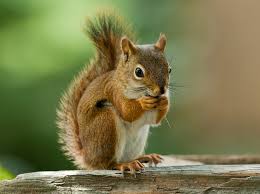 One of my most vivid memories of childhood is of my father - normally the most gentle and peaceable of men - going red in the face, shouting and banging on the window. This wasn’t because my Mum had chucked him out and changed the locks. It was because, once again, a squirrel was raiding the bird feeder in the back garden.

So, if the motion is ‘This house would ban cars from Central London’, a squirreller might choose to define ‘Central London’ simply as Oxford Street (the main shopping street). If the motion is ‘This house believes Britain is a racist society’, a squirreller might choose to define ‘a racist society’ as one where neither the head of state nor the head of government is black. In the first case, they set up a mechanism which has so little impact that it can barely be criticised (hardly anyone would notice if cars were banned from Oxford Street). In the second, they set the bar for the counter-measure from the opposition impossibly high (a huge number of people would have to die before we got a black monarch; getting a black Prime Minister is more plausible, but is not going to happen before the end of the debate).

Squirrelling is, like stealing the bird feed from the birds, a sneaky, rather petty thing to do. It gives the proposition an unfair advantage. It is not strictly against the rules of debating, but it is not well regarded either. It gives the impression that you’re not good enough to win the debate on fair and equal terms. I would not let my teams do it as a coach, and it would not impress me as a judge.

You have to accept the proposition’s definition of the motion, no matter how absurd; that’s one of the fundamental principles of debating (see defining the motion). So, tackle the definition full on, on its own terms. If they call for banning cars from Oxford Street, talk about the congestion this would cause in the surrounding area. If they say not having a black Queen makes Britain racist, talk about Meghan Markle. The judge will respect you for having the courage not to flinch from the challenge presented by the distinctly uncourageous act of squirrelling.

On to our second pesky animal. Quite why the peaceful, hard working badger has been associated with the habit of aggressive questioning, I don’t know. Still, to ‘badger’ someone is part of the English language, and also of the language of debating. Badgering happens when one side makes points of information over and over again and / or in an aggressive tone. Some particularly ruthless teams will seek out whoever they perceive to be the weakest speaker on the other side and deliberately target them for badgering. Like squirrelling, it isn’t strictly against the rules, but, like squirrelling, it doesn’t go down well with judges and it certainly isn’t something I would let my debaters do. Points of information work best on a ‘quality, not quantity’ basis.

What should you do if you’re badgered? Don’t let them get to you. Keep going with your speech. Don’t forget you are in control and they can only speak when you let them. Accept one or two points of information, but no more. The judge will respect you for keeping calm under pressure.

Good debaters don’t need to squirrel or badger. The quality of their arguments speaks for itself. Make yourself that sort of debater.

By the way, I still haven’t worked out how to stop the squirrels attacking the bird feeder. Any suggestions welcome.
at April 22, 2019 No comments:

How I can support your school 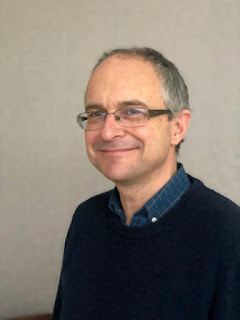 ‘With nearly twenty years of debating experience, an unrivalled network of contacts, and a track record of setting up and running many successful and growing competitions, there is nothing that Julian Bell doesn’t know about school debating. Thorough, helpful and inspiring, he ensured our debating programme got off to a flying start, and was constantly available to support us thereafter. Highly recommended!’


Debating for Everyone offers support for schools in all aspects of debating and public speaking.

Packages can be negotiated to suit your requirements. Prices are available on demand.