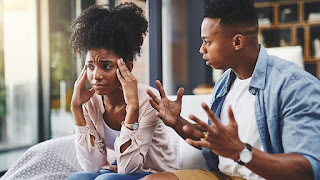 Disagreeing with each other is what debaters do. But disagreement doesn't have to be disagreeable. There is a way of doing it that respects the other person and can end with both sides understanding the other better. That's what debating, at its best, achieves.

Being able to disagree better is a skill that is more vital than ever in Brexit - even in soon to be post-Brexit - Britain. Much of the 'debate' about Brexit over the last three and a half years has been characterised, on both sides, by a refusal to listen, a refusal to empathise, a refusal to understand the other side's point of view, a tendency to impute the worst motives to one's opponents, and the use of insult in place of logical argument. In other words, it's been very bad debate. Much the same could be said about Trump's America at the moment.

There is another way, though, which Douglas Alexander explores in his very thought provoking BBC Radio 4 programme, A Guide to Disagreeing Better. He talks to a British soldier who served in Northern Ireland in the Troubles and a Derry woman whose brother was killed by the British Army, who have become the best of friends. He explores how referendums on the highly divisive issues of same sex marriage and abortion managed not to tear Ireland apart, thanks to the successful use of citizens' assemblies (see my earlier post on What is democracy?). He reminds us that 'No one in history has ever been insulted into agreement'. He gives us a very useful eight tips on how to disagree better. All of this reminded me of how, as I argued in an earlier post, debating can make the world better.

Getting better at disagreeing could be one of the best New Year's Resolutions you could make. Debating will help you to do it.