How to make an opposition case #1 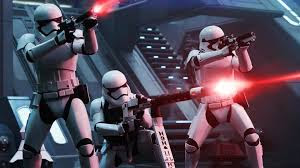 Debating is about changing the world. We've seen in our earlier post on how to build a proposition case the ways in which you can make a case for change. However, not all change is good. Sometimes change needs to be stopped. If you’re the opposition in a policy debate, your job is persuade people to reject the proposed change; your job is to attack the proposition.

This week we're going to look at a few lines of attack you can use against the proposition. Here are four to start with:

1. The problem addressed by the motion doesn’t exist.
(There’s nothing wrong with NOW.)

2. The definition of the problem is wrong.
(NOW is bad, but not for the reasons you say.)

3. The action proposed by the motion won’t lead to a solution of the problem.
(The ACTION won’t get us to THEN.)

4. The action is impractical.
(The ACTION won’t work.)

Let’s see how you might use these lines of attack with the motion we discussed in the earlier post: ‘This house would make it compulsory for all 18 year olds to do a year of community service.’

1. The problem addressed by the motion doesn’t exist.

Young people already have a great many useful skills, which they have learnt at school and elsewhere, and will continue to learn in further study. Many of them already work with people less fortunate than themselves; most schools have some sort of charity outreach, and the very popular Duke of Edinburgh scheme has a compulsory community service unit. 93% of young people attend non-selective state schools which introduce them to a whole range of people unlike themselves. So compulsory community service would be addressing a problem which doesn’t exist.

2. The definition of the problem is wrong.

Young people are not lacking in skills and social solidarity because they don’t do community service; it’s because schools are too focused on competitive public exams, which teach a narrow set of skills and pit schools and individuals against each other to move up league tables / get university places. The exam system is the source of the problem you have identified.

3. The action proposed by the motion won’t lead to a solution of the problem.

It’s a good idea for young people to learn new skills and work with people less fortunate than themselves, but most of the community service is likely to be low skill activities like picking up litter or cleaning toilets, which will not teach them anything new or introduce them to the people they are supposed to be helping.

4. The action is impractical.


There are about half a million young people in any given age cohort in the UK. Funding them all to do community service would be vastly expensive; organising them would require paying many more people. What would be done with young people who refused to take part / didn’t turn up? Chasing them up / sanctioning them would also be time-consuming and expensive. There simply aren’t enough community service projects in existence to keep all these people busy; we’d have to create unnecessary work for them. Moreover, more privileged / well connected families would find ways to get their children out of having to do the community service, undermining the purpose of introducing more privileged young people to those less fortunate than themselves.

There are many more lines of attack the opposition can use in a debate; we'll look at more of them in later posts.