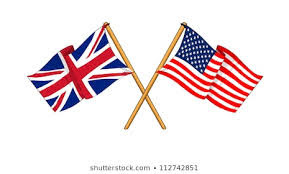 This week we are pleased to host a guest post from Zach Yusaf, a student at Hackley School in New York, who offers us fascinating insights into the differences between US debating and UK debating.

My name is Zach Yusaf and I am a sophomore at Hackley School in Tarrytown, New York. This past March, a group of classmates, a few teachers and I travelled to London. On the trip, we watched shows by Shakespeare at the Globe Theatre, viewed the city through the London Eye and debated in a style dubbed British Parliamentary (BP).

I am a very competitive Public Forum debater and I go to overnight tournaments at least once or twice per month. In order to succeed in Public Forum, a large time commitment and a lot of preparation is necessary. However, debating in England could not have been more different from debating in the United States. While I am used to preparing one topic, usually about foreign relations, in immense detail for one month, in BP there is only a short 15 minute period of preparation prior to the debate round. While there are two two-person teams arguing for and against a topic in Public Forum, there are four two-person teams arguing for and against a topic in BP. Debating BP definitely pushed me outside of my comfort zone, but it was a great experience!

The first time my group and I debated BP, half of the group who were not debaters went out to dinner, while we went to meet a few debaters from the Godolphin and Latymer School at a crepe shop. After we ate our crepes, we went to the school and changed into our dress clothes. We were given a resolution (something along the lines of enabling criminals to post pictures of their crimes on social media). Each student from Hackley was paired with a student from the Godolphin and Latymer School, and we were assigned either government (for the topic) or opposition (against the topic). We were also told if we were speaking first, second, third, or fourth. This aspect is unique to BP. Not only is a debate team trying to beat the other side, but the teams are also trying to convince the judge why their argument on their respective side is better than the other team on the same side.

As my team mate and I got ready to present our arguments, we realised something that would be fatal for us in the round. Since we were Opp 2, the other opposition team could have the same arguments as us. As a result, we needed to think of more creative arguments in order to outmanoeuvre the Opp 1. However, we didn't have enough time to do so, and our worst fears were realised. We didn't have any constructive arguments of our own because the Opp 1 had already presented them! We ended up losing that debate very badly.

The next time that I debated, I was ready. My new teammate and I were Opp 2, just like the last time, but on a different topic. We created interesting and mature arguments about the perils of government censorship, and we were able to win the debate!

Overall, I had a great time debating BP in London, and I hope to go back again soon. I want to thank Mr Bell for allowing me to post on his blog and also for allowing me to debate at the Godolphin and Latymer School.
at January 19, 2020