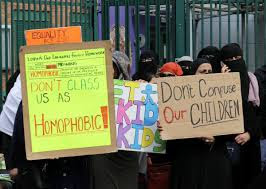 Our third Big Idea looks at one of the battlegrounds of modern life: social liberalism vs social conservatism.

What is the difference between a social liberal and a social conservative?

How can you apply this clash of values to debate motions?

1. This house would abolish immigration controls

2. This house would make it compulsory for all schools to teach that gay relationships are equal to straight relationships.

3. This house would ban the wearing of the niqab in public.

I think it’s fair to say that most British people under the age of 25, particularly those either at university or likely to go to university - in other words most debaters - are more likely to identify with the values of social liberalism than those of social conservatism. That makes it all the more important to understand that there is another way to see the world, which is not necessarily stupid or evil.