How to debate #9 - stakeholder impact analysis 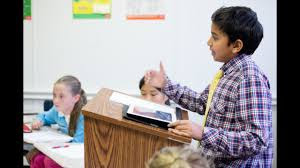 In our post on the mechanism we said that policy debates are about making things happen in the real world. Those things happen to people.

The people are called stakeholders.

What happens to them is called impact.

Understanding the impact that the action proposed by the motion will have on various groups of people will help you to define and defend your case more effectively if you are the proposition, and to attack it more successfully if you are the opposition.

How does stakeholder impact analysis work?

Let’s take the popular motion ‘This house would make all schools co-educational.’

The first question to consider is: whose lives would be changed if this motion was enacted? In other words, who are the stakeholders?

The next task is to work out what impact the proposed change would have on each of these groups.  In other words, what impact would the change have?

A good approach is to draw up a table like this:

Now, once you’ve decided stakeholders and impact, place the stakeholders in rank order as to how important you consider their interests to be. There isn’t a right answer to this exercise, but how your ranking comes out reveals how you will approach the debate.

Suppose you choose this rank order:

What, though, if you came up with this order?

This would imply a very different approach to education. This suggests a world in which children’s needs are seen as less important than the needs of society as a whole. The purpose of education in this order of priorities is to fit children for the world of work. So, the proposition might argue that co-educational schools prepare children better for the world of work because they teach them to collaborate better with the opposite gender as they will have to in the workplace; the opposition might argue that single-sex schools are more likely to produce women engineers and scientists, and that this is what the economy needs. The point of clash will still be social benefits vs academic benefits, but those benefits will be entirely from the point of view of employers, and to a lesser extent the government. The question the debate will have to answer is: which type of schools will bring more benefit to the national economy?

Or suppose another rank order:

This ranking implies a libertarian approach. Libertarianism means maximising people’s freedom of choice. If parents are the most important people when it comes to their children’s education, they should be allowed to choose how their children are educated; it is not the government’s business to tell them what to do. Similarly, teachers should be able to choose what sort of school they want to work in, and students should be able to choose what sort of school they attend. If employers or the government don’t like those choices, bad luck. This approach only really works for the proposition for this motion. The point of clash will be individual freedom vs. collective benefit. If you are the opposition facing this kind of proposition, you have to find arguments that change the rank order such that employers and government move further up, thus tilting the debate away from freedom and back towards collective benefit.

So, when preparing for a debate: