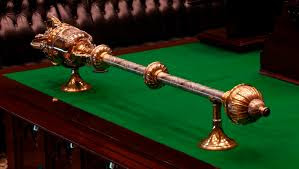 How does Mace work?

A variant on the basic Mace format is Extended Mace.


The timing of speeches may be altered if there is less time available (for example in a lunchtime club in a school, or if speakers are less experienced).

Mace is a good format for beginning debaters, as the long prep and the more structured, less free flowing format than British Parliamentary can help them to feel more confident. It is also a good format to use in a school debating club, as it allows the audience to get more involved.

The major Mace competition in the UK is the Schools' Mace competition run by the English Speaking Union. It is the oldest and largest schools' debating competition, regularly attracting over 300 schools.
at September 08, 2019