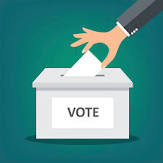 We all love democracy. We all believe in it. It’s a good thing, isn’t it? What’s more, it’s compulsory. It’s one of the British Values which all schools are obliged by law to teach. Democracy is like God used to be four hundred years ago; we can argue forever about what it means, but no one is allowed not to believe in it.

Democracy is a good thing, and debating is at the heart of it. Debating helps democracy to work better, because it provides a safe, respectful, balanced way for people to manage their differences, and this is what democracy should be doing.

However, while democracy is a good way to run a country, it is not a good way to prove anything. This leads us to our third Bad Argument - the argument by democratic majority.

I hear it all the time in debates. ’57% of people think we should legalise marijuana …77% of people want to keep the monarchy … a survey was done and most people thought this was a bad idea.’ One issue with these kinds of statements is the unreliability of opinion polls; their complete failure to foresee the results of the UK General Elections in 2015 and 2017, and the Brexit referendum and the US presidential election in 2016, does not inspire confidence. However, even if they were 100% accurate, they would not make for proof.

What most people believe, or want to do, may or may not be the right thing to believe or the best thing to do. The debater’s job is to prove that it is the right or best thing, and simply citing popularity through the medium of elections, referenda, surveys or opinion polls is not proof. When, in 1922, the Irish parliament voted in favour of a treaty of separation from Britain which involved several compromises, Eammon De Valera, who did not approve of the compromises, said, ‘The people do not have the right to choose wrong.’ Well, actually, they do. But that doesn’t stop them being wrong.

So, no more entering opinion polls into the search bar when you’re preparing for a debate. Rely instead on  arguments about costs and benefits. If the opposition use the argument from democratic majority, swiftly dismiss it by saying something like, ‘It may be the case that x has majority support, however, it remains a bad idea because …’ and get back to the main arguments.

Democracy is a great way to run a country, but a terrible way to find out the truth.
at March 31, 2019