This week we have the first of our factsheets, giving you useful information about common debate topics. It is a guest post on the topic of taxation, written by Tea Chatila, an A-Level Economics student at Godolphin and Latymer. 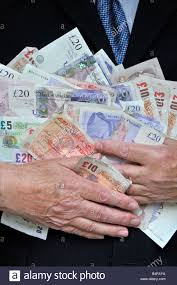 Taxation is an important part of the economy, our society, and indeed many debate topics. It can be tricky to understand, so here is a guide as to how tax works, and some potential benefits and costs you could mention in a debate.

Tax is collected on a regular basis by the government from individuals and firms in order to pay for public services (for example the National Health Service, the police and public libraries).

Tax is also occasionally used as a way to discourage people from buying certain things (for example, cigarettes are unhealthy, so there is a high tax on them, but because they are addictive many people still buy them).

There are two main types of taxation: direct and indirect.

Direct taxation is tax that we give directly to the government, for example income tax (usually taken away automatically from salaries). Indirect taxation is the opposite: for example, we pay VAT (Value Added Tax) each time we purchase a good or service, and the producer of this good or service transfers this money to the government (i.e. the producer acts as an intermediate step).

Here are some important taxes which may come up in a debate:

Income tax is deducted from any kind of income and depends on how much you earn. If you earn very little, you pay zero income tax, but after a certain point (around £11,000 per year) the more income you have, the higher percentage of your income you give as tax.

Corporate tax is a percentage of profits made by a company, deducted from those profits. It is the same rate regardless of how big or small a business is. Because it is levied as a percentage, companies with higher profits give more money to the government.

Property tax is a percentage of the value of a property, and depends on its location. So those with larger or more expensive properties pay more. Council tax, used to fund local government, is an example of property tax.

This is 20% in the UK. So, when you buy something (unless it is a product to which VAT does not apply), you also pay the seller an additional 20% of its original value. However, the seller does not get to keep this, but passes it on to the government.

Income tax in the UK is progressive; that means the more income you earn, the higher percentage of tax you pay.

This is because there is a strong argument that it would be unfair to make people with a low income pay the same tax as those with higher income, as the standard of living of poorer people would decrease further, whereas those with a higher income would still be able to afford a comfortable lifestyle. It is also considered a duty for those who can to contribute as much to society as possible.
However, it could also be argued that the richer should not have to pay much more tax, as wealthier people benefit equally (or even less) from the services paid for by taxation. For example, higher-income people currently give more money (indirectly) to the NHS. However, lower-income people tend to use it more, as the wealthier may use private healthcare which is considered of a higher quality, and may use healthcare in general less, as they can afford to buy healthier food (this is just one example).

Both arguments are of course valid.

A flat tax is just one constant percentage tax rate that applies to everyone. This is used in a few countries, for example Estonia.

The main argument against this is that poorer people would be affected by the tax more. Let’s say the tax on something is 60p per product. 60p is a larger percentage of a poorer person’s wealth, as they have less money to spend. This means that poorer people are at a disadvantage as the government is taking more from them (in comparison to what they have already).

An argument for flat tax, however, is that it would actually make things fairer. If a flat tax were to be applied to income, it would be a much simpler and easier process, which is a good thing in itself. Also, some people hire expert tax advisers, who can find ways to spend less in tax. This evidently only applies to wealthier people, leaving the rest (i.e. the majority) of the population paying relatively higher tax in comparison. This would not be applicable if there was a simple process everyone could understand.

Follow the link here for more arguments on progressive vs flat taxes.