Beyond the debating chamber #1 - using debate in the classroom

This week's post is aimed at teachers. Students can read it too, though; encourage your teachers to use debates in your lessons! 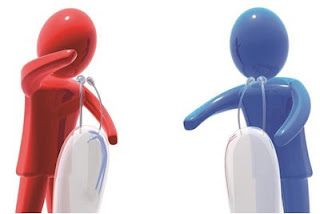 In one sense, all teachers do debate. It’s a fundamental part of what happens in every classroom. Every time you ask a question which could have more than one answer you are beginning to debate. There is a perception that debate is the domain of humanities subjects: is Shylock a victim or a villain? (English); was Elizabeth 1 a good or a bad queen? (History); is euthanasia ever justified? (Philosophy). But there is a place for it in all subjects. Should patent law apply to medical drugs? (Chemistry); should zoos be banned? (Biology); is nuclear power the answer to our energy needs? (Physics); should the government make decisions based on statistical evidence? (Maths). Thinking through different options, weighing up pros and cons, is what we get our students to do all the time. What debate does is give a formal structure to this process, forcing students to collect evidence, analyse that evidence, structure arguments, and respond to challenges to those arguments; all skills which, it’s easy to see, are eminently transferable to any subject.

So: how do you set one up in your classroom?

The centre of any debate is the motion.

Debating motions always begin with either ‘This house would …’ or ‘This house believes …’ (The ‘This house …’ formula, modelled on debate in the House of Commons, is a way of saying, ‘We have persuaded a majority of people here present that something should be done / something is the case’).

If the motion begins with ‘This house would …’ it decides on some kind of action in the real world, and is called a policy debate; if it begins with ‘This house believes …’, it asserts a view, and is called a principle debate. Policy debates tend to be easier for beginning debaters, because they are more concrete and specific, but principle debates tend to be more applicable to academic subjects. The key to picking a successful motion is to find something that can be argued for equally on both sides, to give both sides an equal chance. So, ‘This house believes Hitler was a bad person’, or ‘This house would meet all Britain’s energy needs by recycling cardboard coffee cups’ are unlikely to lead to successful debates.

You need to decide how specific to make the motion. The more specific, the easier it is for the students to define and debate. But if you have a really talented class (or one who are used to debate) making the motion less specific, so they have to do more work, is a good way to stretch and challenge them.

Looking back at the topics we started with, what would good motions look like?

This house believes that Shakespeare presents Shylock as a sympathetic character. (English: challenging, because broad)

This house would not prosecute Shylock for his attempted assault on Antonio. (English: easier, because more specific)

This house believes Elizabeth 1 was a good queen. (History; challenging because so broad)

This house would not have outlawed the Catholic Mass in Elizabethan England. (History: easier, because more specific, though also needing more specific knowledge).

This house would legalise assisted dying. (Philosophy: a good combination of theoretical - is euthanasia moral? - and practical - under what circumstances should it be legal?)

This house would limit patents on medical drugs to five years. (Chemistry / Economics: helpfully specific, though requiring knowledge about patent laws and how they work; at the same time, it deals with big questions about individual freedom vs the common good)

This house would ban nuclear energy. (Physics: helpfully specific and concrete, but also requiring a lot of specific knowledge)

This house would ban zoos. (Biology: also helpfully specific, but will work much better if students are encouraged to research specifics on animal welfare rather than rely on naive anthropomorphical arguments about how cute bears are and you wouldn’t like it if someone could look into your bedroom 24 /7.)

This house would allow people to vote for as many candidates as they like in General Elections. (Maths: very specific, but with a basis in subject knowledge. Apparently there is a mathematical reason why this system might be fairer, but I’m not good enough at Maths to understand it. I’d like to hear the debate to find out.)

Once you’ve chosen your motion, you need to choose your format. Probably the best for classroom purposes is the Mace, named after the longstanding competition run by the English Speaking Union, itself named after the jewelled object which represents Parliament.

You can finish up with a popular vote, or the teacher can adjudicate as to which side made a better case.

The teacher should act as the chair, ensuring that speakers keep to time and speak in the right order.

If you want to include more debaters, you can opt for ‘Extended Mace’, in which the summary speeches are delivered by a third speaker on each side, with points from the floor between the second opposition and the third proposition.

You can also tweak the time limits for the speeches, making them shorter or longer depending on the capacity of your students.

If you have particularly able students and you want to be more ambitious, you could try the more demanding format of British Parliamentary. Find out how it works in my earlier post here.

A key feature of debates, and one of the things which makes them most fun, is ‘points of information’. They are modelled on ‘interventions’ in the House of Commons (one good thing to come out of all the recent Brexit chaos is that more people than usual have been watching proceedings in the House of Commons). There is more on how points of information work and how to use them well in my earlier post here, but essentially they work like this:

The first and last minute (or possibly thirty seconds, if you have three minute speeches) of a speech are ‘protected time’. This means that no points of information can be made. The whole of the summary speech in Mace is also ‘protected time’ (though not the last speech in Extended Mace).

Outside of ‘protected time’, though, points of information can be made.

Points of information are an essential part of debate. I sometimes compare them to goals in football; no matter how beautiful your passing, you won’t win if you never score any goals. The side listening should make at least three, and the speaker should take at least one. The speaker should not be afraid, however, to say ‘No thank you’ (courteously).

You can find out more about points of information in my earlier post here.

For long prep, you can use a homework, a lesson, or even a whole set of lessons to prepare a topic. This is appropriate if you are using the debate as a focus for extended research into a topic, and that research is a part of the students’ learning. The debate can then function as a culmination of the students’ research, and also a way of assessing that research.

For short prep, 15 minutes is allocated from learning the motion to giving the speech. This is appropriate if students have been studying a topic for a while, and you want to use the debate as a kind of extended plenary.

Interestingly, the debating culture in the USA is biased towards long prep, with students spending an entire year obsessively analysing the pros and cons of the Minnesota electoral system, compiling trolley loads of files in the process, while in the UK short prep is much more commonly used, students being encouraged to speak as if they had dedicated their whole life to a topic they had not even heard of a quarter of an hour ago. What that says about our respective cultures I’ll leave you to work out.

There is much more on how to prepare for a debate effectively in my earlier posts on defining the motion (here), preparing under pressure (here) and signposting (here). In summary, the essential principles of speech preparation (the same for short or long prep) are:

5. How to run the lesson

The obvious problem is that, even if you use Extended Mace, only six people are involved in the debate, and most classes have more than six students.

There are various ways round this:

For all except the last example, you need to set up the desks so that students on different sides are facing each other.

6. Why use debate in the classroom?

So, the value of using debate in the classroom is, er …. beyond debate.